How to string separate SQL editors together

New to TOAD. Running SQL Teradata code created by someone else. I have 10 separate SQL code strings that contain both volatile and create tables. Previously used SQLA which worked fine but SQLA has been retired in my organization so now using TOAD. The issue is I have a volatile table in SQL String 2 (Single Editor Tab in Toad) that relies on SQL String 1 (also a Single Editor Tab in Toad). I run string 1 with no issues but then when I run string 2 it says that the "table does not exist". Is there a way to store volatile tables from one editor to the next? Similar to how SQLA works?

Probably a simple question but no one in my organization can seem to figure it out. Thanks!

Are both editors part of the same session/connection thread?

If not, then the volatile table used in the one Editor won't be see-able in the other Editor.
I think it's the default to have each open editor have its own thread.
Check in TDP's option base (General page under Editor node) and, if this is the case, uncheck the box labeled

"Use individual connection for each open editor"

to see if that resolves the issue. 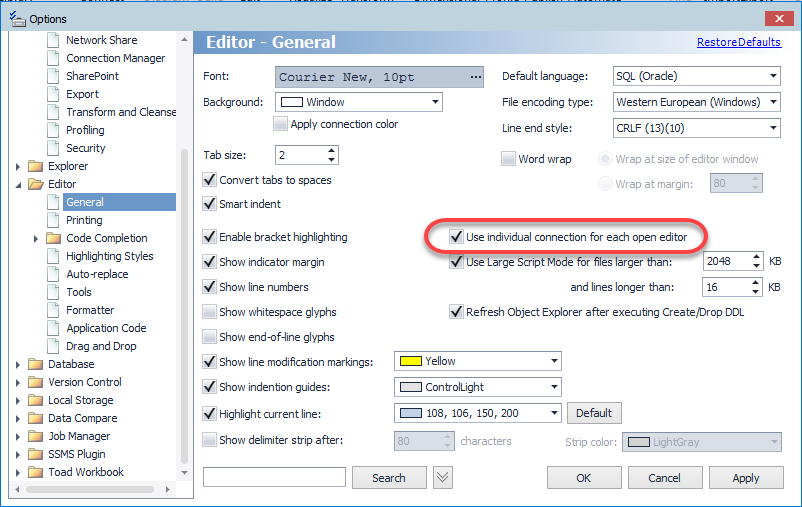 It was a default, and it seems to have worked. Thanks for the fix!