Is there a setting that causes TOAD to prompt for a variable when it isn't declared (for testing purposes)?

While I like TOAD DP better than dbForge Studio, one feature that they have which is a huge time saver, is the ability for it to prompt for variables if they haven’t been declared yet. For example, I may have a long script with some declared variables at the top, and I am testing a section of the script that needs that variable. If I run just that block of code, I get an error that the variable hasn’t been declared. In dbForge, you get a pop-up where you can input the value you want to inject into the variable. This eliminates the need to run everything from the variable down, or having to declare the variable again just for the testing purposes. It also allows you to quickly try different values in the variable rather than actually hard coding it each time. Thoughts?

Can you post sample script and screenshot of being prompted from DBForge? TDP prompts for binds per sql and is not set up yet for blocks of code. So I need an example of what you are looking for.

Lets pretend I have a huge script, variables are declared at the top and are used throughout. I’m now testing a new statement that relies on one of these variables, but don’t want to run the entire script and don’t want to re-declare the variable just for testing purposes. 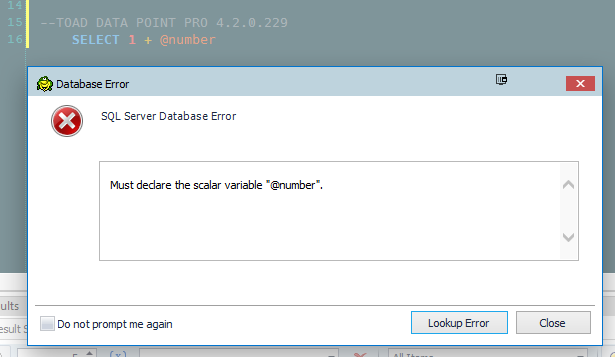 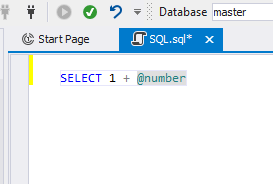 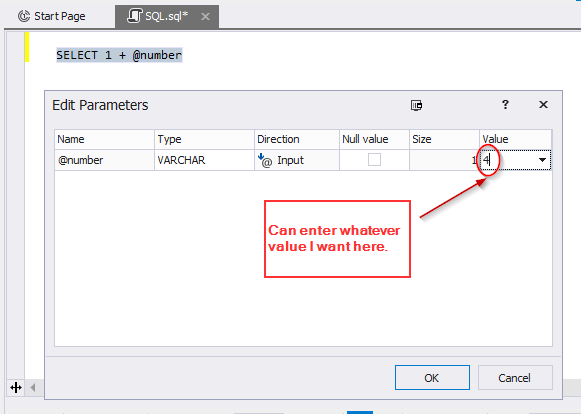 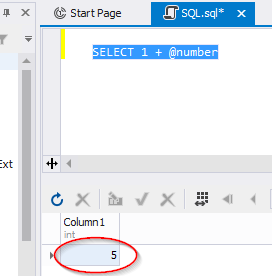 Use :number instead of @number and Toad will prompt you.

Awesome! Thanks for the info. If there isnt already, we need a “cool tips and tricks” thread or something.

Good idea, there are a lot cooler stuff than that in Toad. Here is a link to some helpful videos: http://dev.toadforsqlserver.com/TDPVideos/TDPVideo.html#tab1

For automation Debie Peabody has a great series (sorry, can’t find the link) but she is the Toad automation goddess.

I forgot that i did make two tutorials you might enjoy. See attached.
Toad Data Point Tips and Tricks Professional Features.pdf (2.63 MB)