i try to export DB Script (Toad 16.2) to move to a new instance with the simiar schema/roles/...

But i already fail with exporting roles in the correct sorting.

Short Sample Export (no matter if i use Option Script > Sort for Creation):

What do i have to do to get an usable Script that runs once and without any errors?

Yes, i can only export roles to get just the create roles, but how to get only the Object and System grants without a create role statement?

Thank you for your support

It looks like role dependency sorting doesn't happen unless this box is checked. That's a bug and I'll fix it. Do you have it checked? 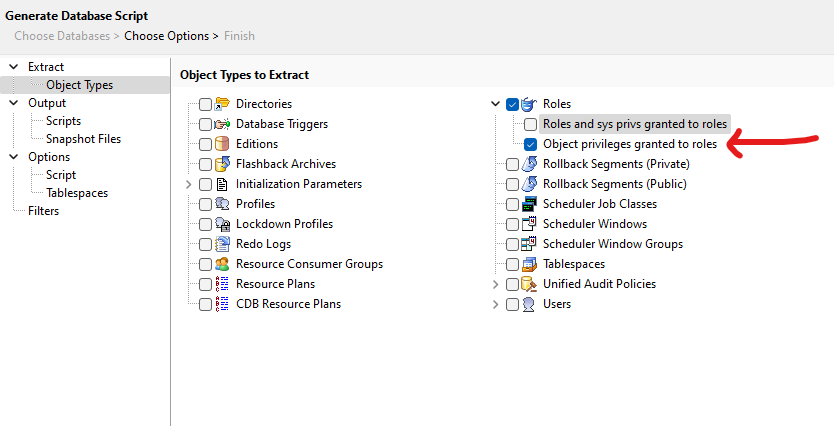 I guess as a workaround, you could create a script with only "Roles" checked.

Run that script first, then run the script with everything you need checked, and ignore errors.

Then you could do a DB Compare to make sure everything is ok, since you ignored errors and might not be sure.

Sorry about that. I'll fix.

In all my attempts it made no difference whether the checkbox was activated or not.
So it looks like a bug yes. 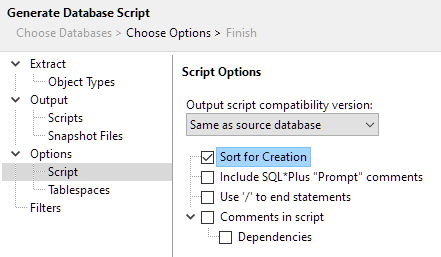 Do you have an idea when it is fixed?

It should work if you check both "sort for creation" and "object privileges granted to roles".

It will be fixed in the next beta.