Hello, when opening a Java Source in schema browser or in editor, a space character is added in the code.

Code as written and compiled (via Toad) :

Code when reopened in editor :

Notice in the last line : package bon com instead of package boncom. This extra space breaks the code. It's very painful to remove it each time I open a Java source (and very error prone).

I even checked in hex to see if there is a special character in that line of code. The response is no.

For information, here are the script options : 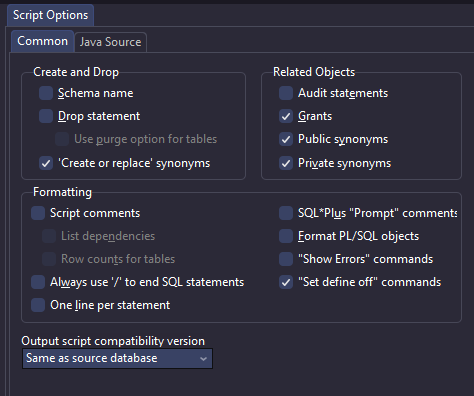 Thank you in advance for your help.

Workaround : adding a comment on the first line so code doesn't break each time it's opened

The space will be added between >>> and <<< but it will be harmless.

I can reproduce this and will fix it. Thanks.