I just created a view named TEMP_EXAMPLE_V00 via the Create View Wizard. Team Coding is enabled on this Schema with the following filters: 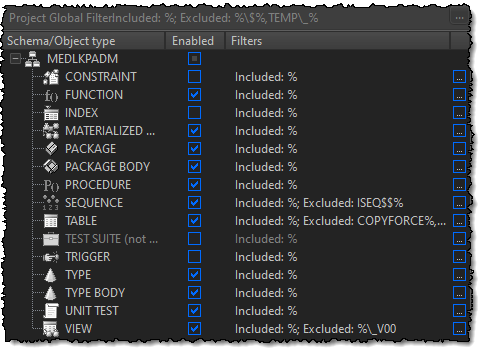 Note there is a global exclusion on objects starting with TEMP_ and there is an additional Exclusion on Views ending with _V00. Thus I was very surprised when the Schema Browser listed it as Controlled and Checked in as shown below:

image926×150 20.6 KB
I noticed I could not edit the View as Toad thinks it is Checked-In, so I attempted to check it out and figure out what was wrong with my filters later, but the Check-Out process did nothing (the check-out window where you can enter comments did not even appear). As you can see below the Editor button is not active and the Team Coding submenu implies the View is Checked-In. I then went to the Team Coding Manager, refreshed the list of Views it thinks are controlled in this schema none starting with TEMP_ appear in the list as shown below: 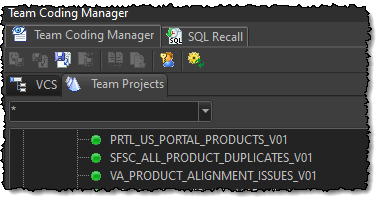 It seems Toad partially thinks the objects are controlled, but they are really just frozen. On the plus side I can drop them without issue, just once created they can not be modified...
JohnDorlon September 9, 2022, 7:59pm #2